Exploring art and archeology with a heavenly twist

We have wiled away a couple of hours at the Gallery Uffizi, one of Italy’s equivalent to the French Louvre museum, with similarities in the spectacular painted ceilings, ornate gilding, the purpose of the building, the artwork collections including marbles, bronzes, paintings, ceramics and drawings by so many artisans. As expected and given the different eras, there is a lot of religious art. Favourites include paintings from Lippi, Bottechelli, Michelangelo and an unfinished painting by Da Vinci. 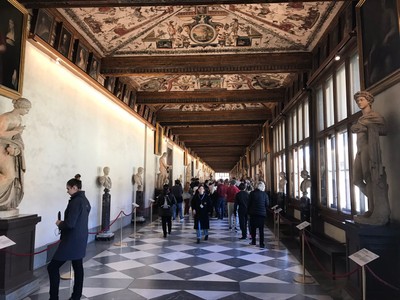 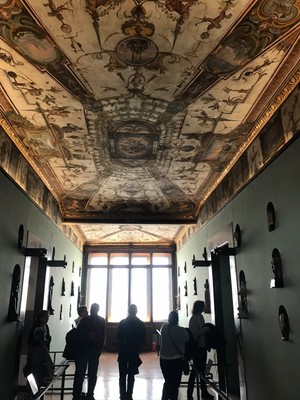 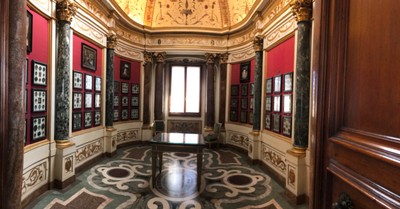 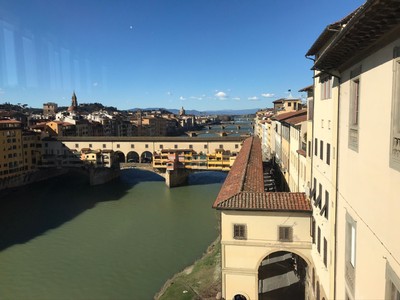 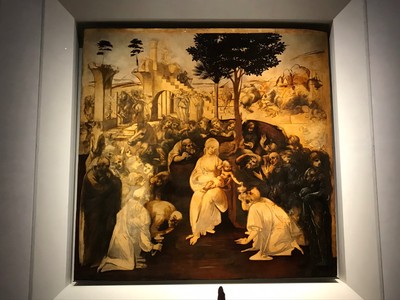 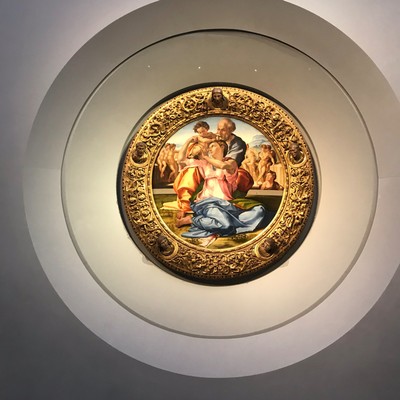 The ticket we purchase provided access to additional museums and even though it was very windy out, we had a late bite to eat and went to the Museo Archeologico. There are a great number of Etruscan artefacts, an ancient civilisation, of Italy on the ground floor and on the upper floor, along with bronze and marble statutes, stunning Eygptian exhibits and a Medici collections of coins, seals and cameos in a corridor similar to the Varsari corridor. The corridor was originally built along with other connected raised passages in the museum, which was a former monastery, for Maria Maddalena, sister to Cosimo II, who was born disabled with disordered limbs and was not baptised until she was nine years old. The corridor hosting the Medici collection of gem seals and cameos, was used by Maria Maddalena and her maids to view and take part in mass at the Basilica della Santissima Annuziata with ease. 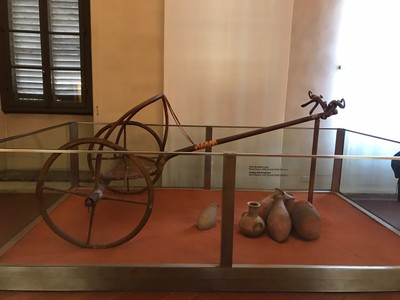 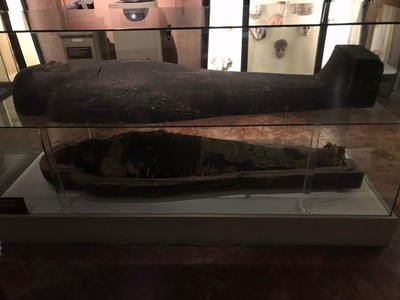 Our interest was pipped, we headed across the road to the Basilica which is on a large parcel of land with an interior courtyard. The Basilica is magnificent, as are most of the churches, adorned with religious artworks. We could also see at the back of the church the window where Maria Maddalena and her maids took part in mass. 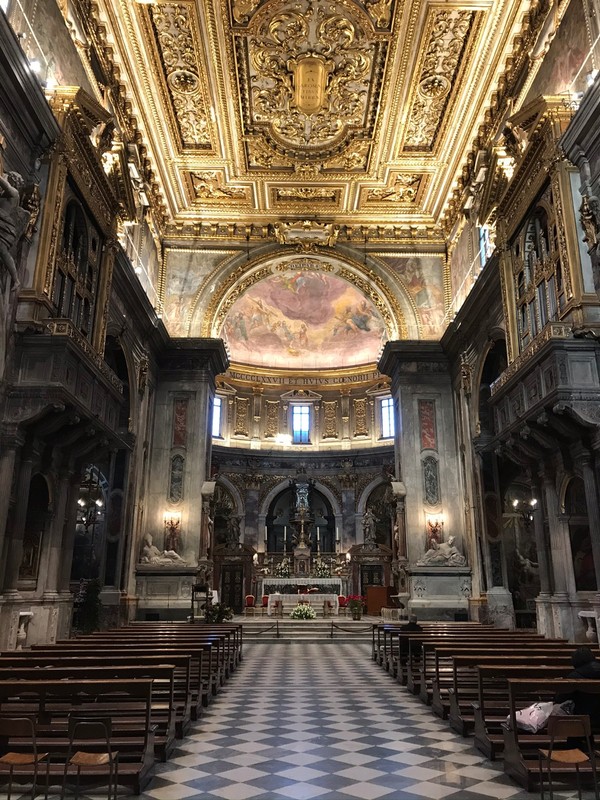 While in the church, a very elderly man approached us and told us with an offering he would show us the ossuary which was open and another space. An Italian family from Naples, the elderly man and ourselves went through the drapes to the inner courtyard and ossuary and then into another area which is a small and intimate chapel. The chapel is adorned with marble statutes of Illustrious men, Michelangelo, Dante, Raffello, Leonardo, Cosimo Medici, frescos and paintings by some of these including Varsari. We were told that the men used to meet, chat and share a meal and would one day regather at the chapel. The chapel is now used for baptisms and there is a small antique organ. The elderly man broke into song and was joined by some members of the family, it was lovely to hear the echo in the chapel along with the joy this brought to those present. As part of our offering we were provided with a protection blessing. 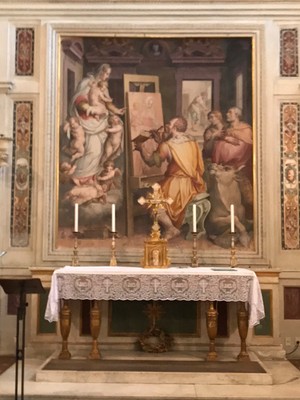 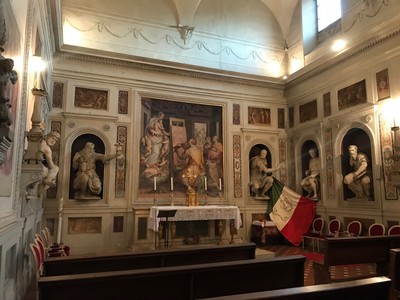 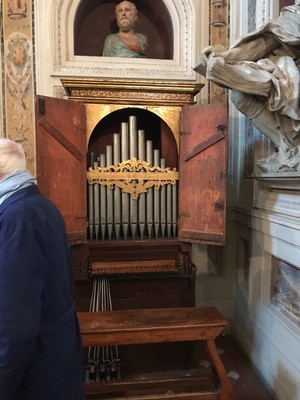 A lovely afternoon walk home as the sun was setting. 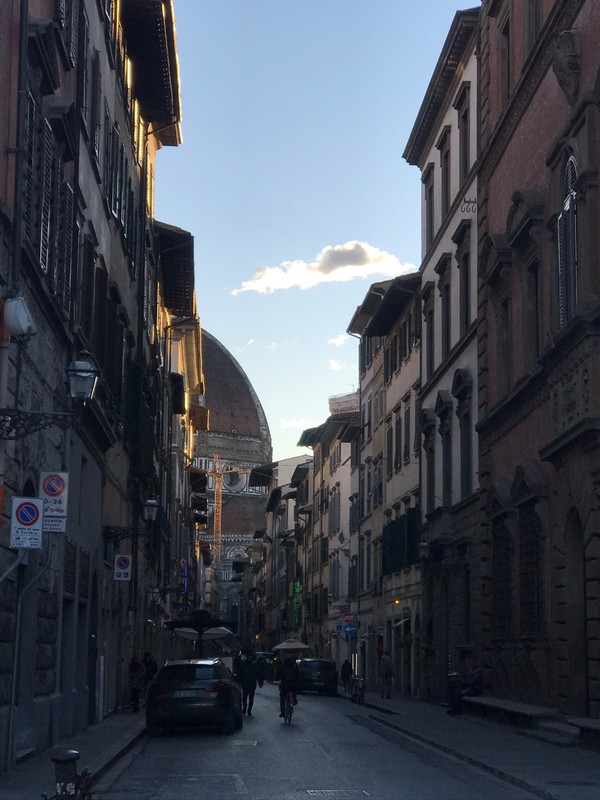