Our day was influenced by a dental appointment approximately 5klm way and not until the afternoon, so we headed off exploring in the same direction.

First stop of the day was the Santa Maria Maggiore, a beautiful Papal major basilica and the largest Catholic Marian church in Rome. After passing through a security check, we entered to find the church filled with worshippers for morning mass and confession along with tourists. The church glows with the mosaics and ornate adornment and underneath the altar there is a relic of pieces of the sycamore used in the crib or manger of the Nativity of Jesus obtained in the mid 7th century. 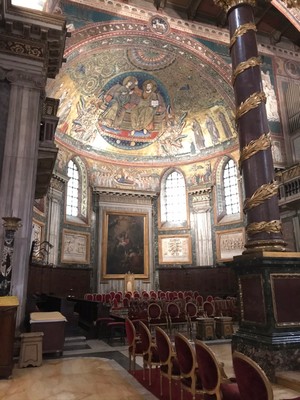 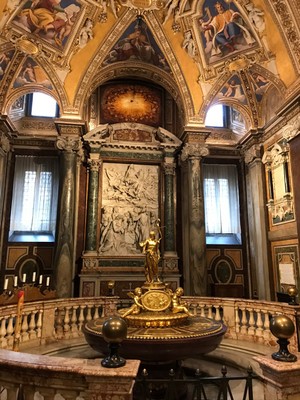 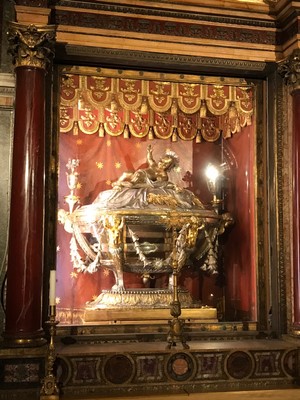 Being Rome, there are many water features and water flows constantly in fountains, Nasoni (big nose) in the street, along with the old gates to the city, where we passed by Porta Pia and local fruit and flower markets. A lovely lunch in a cafe that had a constant stream of customers as it drizzled outside. With time to spare we wandered around a garden taking in the surrounds watching people on lunch breaks, exercising or walking their dogs. 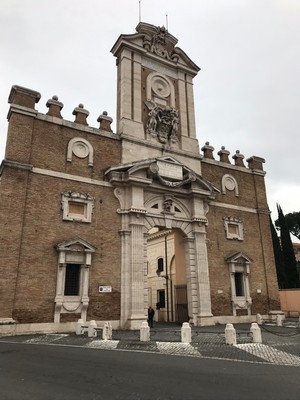 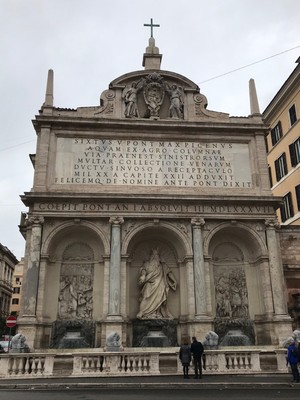 An eventful and long appointment with the emergency temporary dental work complete we walked home quite a few hours later arriving home about 9.30 pm.

The following day we headed out to find key sights and after walking past the Monument Vittorio Emmanuelle II and down a few streets we came across Largo Di Torre Argentina, a former sacred place of temples and worship, along with the place Caesar was murdered, now in the ruins houses a cat sanctuary. 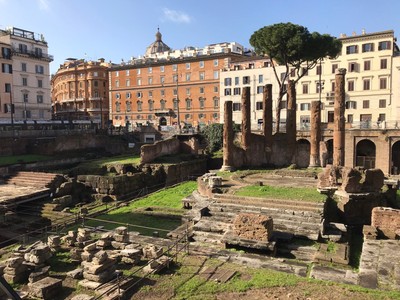 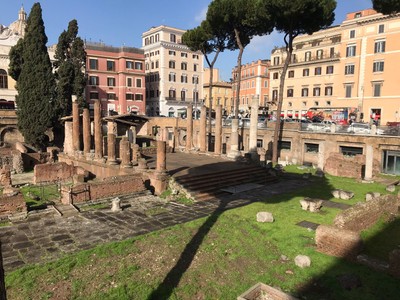 Walking along the streets and alleys, past the lovely shades of yellow, terracotta and red houses and shops, we entered the piazza to see the magnificent columns of the Pantheon - one of the wow moments. Even though it is an operational Catholic Church the security was quite lax to enter. Words can’t describe what it feels like standing under the dome with its 9 m open space. The church and crypts to former Italian kings and queens are all grand but the sheer beauty is in the building itself. 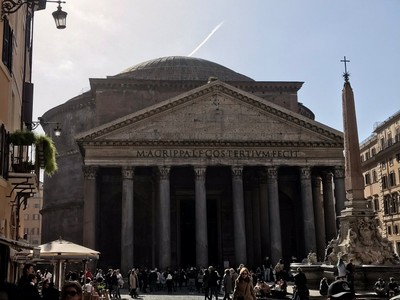 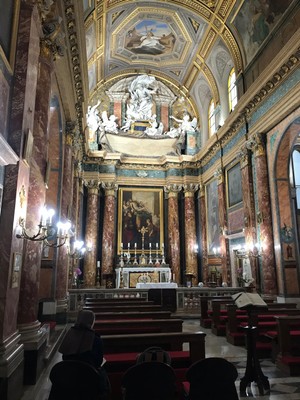 It was a perfect day, blue sky and sunshine so we wandered the alleyways passing the building Palazzo Montecitorio, where the Italian Chamber of Deputies meet and headed to the Trevi fountain. Lots of people at the fountain and we made our way through to find space to sit and watch the water. Often the shrill police whistle was heard and directed at people with instructions, for example not eating gelato or seating yourself on the fountains edge. 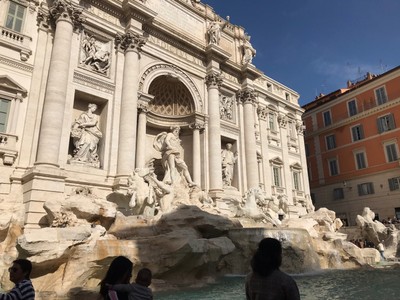 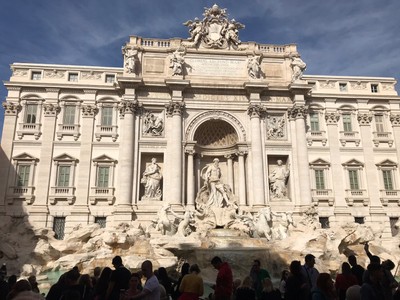 Right opposite the Trevi fountain is a gelato and pizza shop where we had lunch and then meandered through the back streets passing the Temple of Hadrian and undertaking some souvenir shopping to arrive back in front of the Pantheon. The next block or two over is the Piazza Navone which is a large oval shape site formerly a stadium. Lots of restaurants, shops, a church and museum occupy space. The Piazza has a lovely fountain and an obelisk which was once at Circus Maximus. 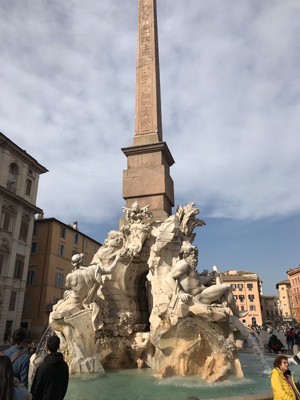 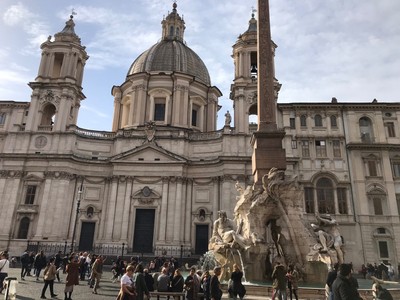 Walking home near the Monument Vittorio Emmanuelle II most of the very busy roads out the front only have zebra crossings, so not to impede the flow of vehicles. We crossed the first part easily and then stopped at the second, a work man in hi-vis coat stepped out and we went with him. It was crazy as the cars and bikes weave around you while you are on the crossing and the man had a laugh as we reached the side as I said nearly held his hand too. We made it though and continued our walk home along the beautiful Piazza Venezia which is an artery connecting road for buses, emergency vehicles and is filled with people on Sundays.