Leaving Prague we headed southwest to Budapest in Hungary. The weather was fine and quite warm at 16 degrees. First we went to the lookout for a photo and then to the castle for a look around. It is an amazing structure that when viewed from below is quite imposing on the landscape. We walked around the old town, saw the changing of the guard and took pictures of the church and view. The Church has a coloured roof as at one point it was converted into a mosque and then back to a catholic cathedral. St Stephen is celebrated as the first great king who brought Christianity to the city. 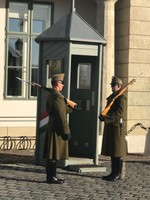 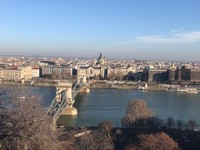 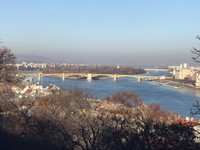 After buying lunch in the local grocery store; which thankfully took euro, we headed back to the bus. We then took a hour long cruise down the river Danube which enabled viewing the sites from a different perspective. We hung out on the top deck until the cold became too much and finished the rest in the warmth in the cabin below. 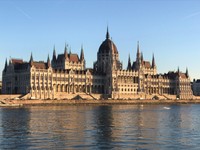 Heading back to check into our hotel we stopped at Hero’s square which is a monument to the kings of Hungary.. After a quick break at the hotel, we headed out for a dinner and show. The dinner had 5 courses; Tokaji (white desert wine) and bread, Goose liver pate, goulash soap, duck leg and the dessert, a sponge type cake. Complemented with plenty of wine and traditional Hungrian music and dancing, it was a great evening. On the way home a stopover to take a few evening pictures of the sites. 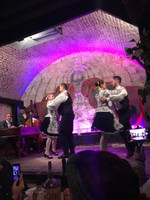 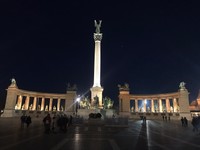 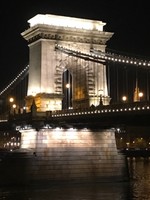 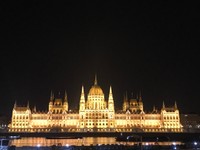